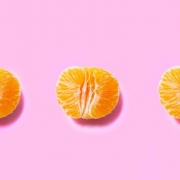 There is one thing we all have known from celebs during recent years: the vulva and vagina aren’t off-limits when it comes to cosmetic treatments. Beautification treatments below the belt are becoming more and more popular and people are more open to share about it. Karrdashian sister got laser vaginal rejuvenation while Sharon Osborne did some vaginal tightening procedure. And of course those treatments aren’t exclusive for celebs only. In fact, it is a trend recently. Only from 2013 to 2018 in the U.S. there was a 53% increase in labiaplasty procedures, according to the American Society for Aesthetic Plastic Surgery. If you are curious what it is and why it is so popular right now, definitely check out this blog!

Looking for some explanation, we talk to Juliana Hansen, MD, professor of surgery and division chief of plastic and reconstructive surgery at Oregon Health and Science University School of Medicine and she shares that nowadays, vaginal health is no longer a taboo and there are more and more procedures as well as options for care for female genitalia.

No matter what the exact reason behind the trend is, vaginal health, and plastic surgery in and around the vaginal area, is getting the attention it deserves. We list down here everything you need to know about labiaplasty (a.k.a designer vagina) and other common vaginal cosmetic procedures.

In general, labiaplasty is an aesthetic procedure but can also be functional. According to D. Hansen, normally, the surgery alters the labia minora, or the inner lips of the vagina, but it could be tailored to alter the labia majora, or outer lips, as well. During the surgery, the plastic surgeon shortens the labia to remove excess tissue for aesthetic or functional purposes. The labia can cause inconvenience by getting in the way during intercourse or exercise.

Labiaplasty and vaginoplasty (a surgical procedure to tighten the vagina) are not the same. Due to some pelvic-floor issues, such as incontinence, after multiple childbirths, some women seek solutions from this procedure. Many others do it for mere sexual pleasure purposes. However, according to Dr. Hansen, there is not so much of evidence to prove that vaginoplasty procedures work well. In fact, it might even cause chronic pain and harm.

Labiaplasty is also totally different from some non-surgical vaginal rejuvenation treatments, which fall into the “designer vagina” trend. Lasers can be used to stimulate the mucosa, or inner lining, of the vagina, and LED light treatments are also supposed to stimulate the vagina to produce more tissue. However, Dr. Hansen warns that most of these treatments are not FDA-approved or scientifically proven to be effective.

Sex reassignment surgery for male-to-female are generally completely separate from labiaplasty procedures and vaginal rejuvenation procedures as well. Surgeries for transgender women often involve creating a vulva, but typically the new vulva then needs to be dilated and stretched to function properly, which is nearly the opposite of many of these tightening vaginoplasty or labiaplasty procedures.

Why would someone get a labiaplasty?

These are some reasons for a labiaplasty, and most of them involve aesthetics as opposed to medical necessity:

What are the risks of labiaplasty?

There is basically no 100% risk-free medical procedure. And labiaplasty can’t be a exception. The risks include wound separation and scarring. According to some researchers, there’s possibility of losing sexual sensation as well as an increased risk of trauma to the perineal area during vaginal delivery. However, more researches are required for all of these risks.

What are the steps of a labiaplasty procedure?

The first step you need is getting a consultation from a plastic surgeon. The surgeon will discuss of what the problem with the vulva is, pre-operation. The doctor needs to analyze the issue and if there is no good surgical solution, which would involve shortening or reconstructing the labia, they won’t recommend doing labiaplasty.

According to Dr. Hansen, the surgical procedure can be done in-office, under local anesthesia in a clinic, or under general anesthesia in a hospital. During the surgery, the surgeon will reduce the size as well as length of the labia minora, and make a stitch line. For two to three weeks, the patient must rest, ice the area as well as keep it clean for faster healing. Be creative with your typical sexual activity because you will also be recommended not to do activities that will traumatize or stretch out the stitch line for about six weeks to three months.

The surgery takes only 1 hour but the healing process can take months. From a review of a patient at Labiaplasty Boston in Boston, Massachusetts, post operation was extremely painful for her and she couldn’t be on her feet at all costs for at least one week. For the first seven days, it hurt her badly when she walked and she felt a burning pain during urination. So, plan for at least one week off if you are keen on doing the procedure. And according to her, it’s well worth the pain.

How much does labiaplasty cost?

Expect to pay about $2,800 for the labiaplasty procedures according to the American Society for Aesthetic Plastic Surgery. Even when you could argue that the procedure is for medical purposes (pain during sex, cancerous cell removal), it is next to impossible to get it covered by insurance company as it’s considered elective cosmetic surgeries.

Are labiaplasty procedures off-limits for anyone?

In general, if there is no valid reason for the procedure, the surgeon won’t recommend it. Patients with medical conditions that might affect healing are also not good candidates. If you plan to see a plastic surgeon, seek consultancy from your primary care physician first.

If you are pregnant, the procedure is a no-go as the healing will be affected by giving birth. Before i’s fully healed, a natural childbirth might tear the stitch line and cause the need for an episiotomy after birth.

8 Tips Every Couple Must Know to Improve Their Sex Lives!

How to Relive Your Sex Life? Here Are The Best Tips!
Scroll to top