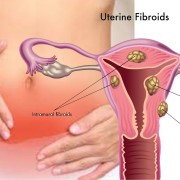 Over the years, there have been a lot of treatments that aims to cure uterine fibroids, which ranges from surgery to synthetic drugs. What most women do not realize is that phytoestrogen is the safest way to go when it comes to treating fibroids, and here is why:

Before we dive into the cure, let’s first look more into what Uterine Fibroids are. Uterine Fibroids are noncancerous growths on the uterus that usually appear during the childbearing years of a woman. They are also called leiomyomas or myomas. Most of the time, they are just benign growths and don’t develop into cancerous tumors. 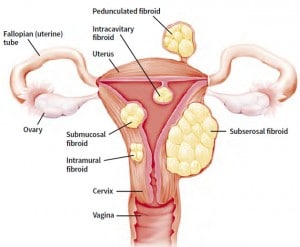 A uterine fibroid grows and develop in the smooth muscle tissue of the uterus. They develop when the cell of the uterus divides itself repeatedly until it develops into a rubbery mass. Their sizes range from too small to be detected by the human eye, to big enough to protrude into the rib cage. Having a Uterine Fibroid is so common that 3 out of 4 women have it, and some are not even aware that they have it.

They are noncancerous but they could disrupt the blood vessels and glands which could cause bleeding.

Also Read: What Exactly is Estrogen and How does it Affect you?

Uterine Fibroids often cause symptoms such as:

Estrogen is one of the hormones in the body that causes the build-up of uterine lining every month. It has also been found that uterine fibroids contain abnormally high amounts of estrogen which lead doctors to believe that estrogen is the one the causes uterine fibroids. This explains why fibroids only appear during the child bearing years of a woman, especially during the time that the body produces high amounts of estrogen like during pregnancy. Most Uterine Fibroids shrink and disappear when a woman reaches menopause, or when her body no longer produces estrogen.

Another cause of fibroids are the xenoestrogen, these are foreign and harmful chemicals that could mimic the estrogen in the body, causing harmful effects and an abnormal increase in the estrogen level. We could get xenoestrogen from eating foods that have been exposed to pesticide, insecticide and by using products that have harmful chemicals in them. They block the effects of estrogen in the body, and when that happens, the brain signals the body to produce more estrogen causing an increase in the circulating estrogen in our system. They also cause an abnormality in the estrogen breakdown which in turn causes tumors and growths in estrogen stimulated organs such the breasts and uterus.

Phytoestrogen are estrogen that are made from plants, so you might be wondering, isn’t that fighting fire with fire? Well, in a way, it is. 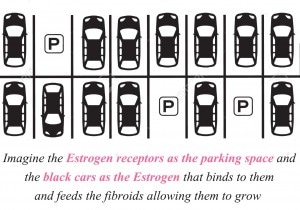 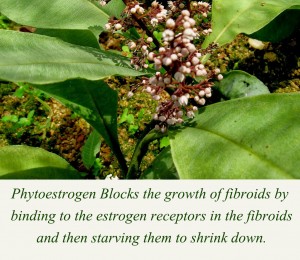 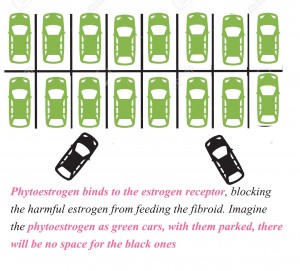 Another reason as to why Phytoetrogen help in shrinking the fibroids and growths in the uterus is because these fibroids only eat natural estrogen that the body produces and the xenoestrogen that come from harmful substances around us. It could not utilize or “eat” the phytoestrogen. Phytoestrogen could not nurture the fibroids, so when they bind to the estrogen receptors in the growths, it will NOT nurture it, with no food, the fibroids will shrink and eventually dissolve

What’s the best source of Phytoestrogen? 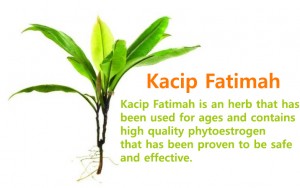 Kacip Fatimah an herb that has been found to contain high quality phytoestrogen to help you shrink the fibroids. It is organic and is safe to take, it could also be bought in capsules, which makes it convenient. Just be sure that in buying supplements with Kacip Fatimah, you should choose the ones that are made in the US and are doctor approved so you can sure that it’s safe and healthy to take.

Fibroids in the uterus may not be cancerous, but they can cause you discomfort and cause you to bleed. The good thing is that you can take herbs that are rich in Phytoestrogen to shrink those pesky growths in a safe and natural way.