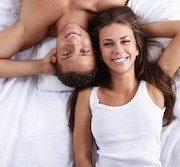 Does Vagifirm have any side effects? Short answer is not only does it have NO side effects, its healthy to take! Let’s briefly take a look at Vagifirm’s two main ingredients.

As time passes by, it’s inevitable that the body will undergo wear and tear; one of the horrible side effects of aging is the body’s inability to produce enough estrogen. Now, estrogen is the one that gives the woman that youthful glow, it is responsible for everything that has to do with the sexual organs.

Without estrogen, a woman’s body will not have enough ability to repair the sexual organs causing Vaginal loosening, sagging breasts, decreased libido and decreased moisture of the skin, giving a woman an “aging” appearance. 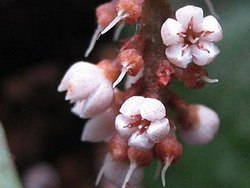 That’s where Kacip Fatimah comes in.It is Vagifirm’s main ingredient. Kacip Fatimah is potent because it contains phyto-estrogen, which is natural organic plant estrogen instead of synthetic or man-made. It contains the same estrogen your body naturally gave you when you were young which kept you young. This estrogen is responsible for firming and maintaining muscle tone for your breast and vagina since those are estrogen-stimulated organs.

Kacip Fatimah is popular in Asia, they’ve been using it for centuries and often times take it daily in an appetizer form or in their tea over dinner.

“Labisia pumila is a traditional herb widely used as post-partum medication for centuries.” ”Recently, extensive researches have been carried out on the phytochemical identification, biological and toxicological studies for the herb.”

Kacip Fatimah is high in antioxidant, antibacterial and rich in phyto-estrogen, so not only does it help your breast and vagina get firm again, its overall a very healthy herbal to take for your body and people who take it often times also report other benefits including higher libido, higher energy, weight loss, firms the breasts and promotes higher sexual sensation.

There have also been several clinical trials studying this herbal testing for any side effects. One well known study was done by professor Dr. Nik Hazlina Nik Hussain. In his clinical testings of Kacip Fatimah, it was concluded :

“As a conclusion we found that Labisia pumila water extract was safe for consumption.”

Kacip Fatimah has NO known side effects and is a safe and healthy herbal to take for vaginal rejuvenation and overall health benefits. 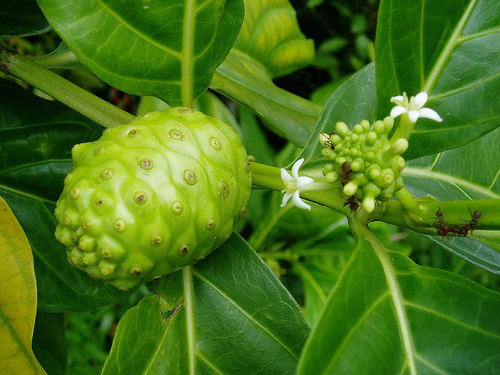 Morinda Citrifolia (aka Noni) has been used for thousands of years for its antibacterial, antioxidant powerful cleansing properties.

“Most noted are significant antiseptic (antibacterial) effect to disease” and “Noni has not been found to be harmful at any level, nor for any health condition.”

Not only is it a healthy powerful cleansing agent, there are NO known side effects to this.

Vagifirm Does NOT Use Manjakani

On top of using just healthy ingredients such as Kacip Fatimah and Morinda Citrifolia, Vagifirm does NOT use the harmful Manjakani. 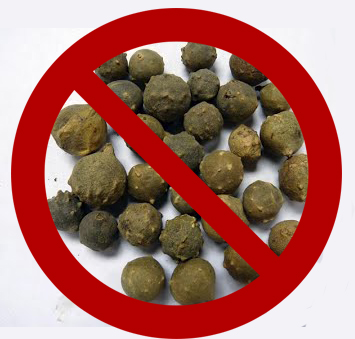 Manjakani is formed when wasps inject their larvae to an oak tree and this chemical reaction causes an abnormality called oak gall. According to the Indian Journal of Pharmacolody, Manjakani is widely used as a dental powder to treat toothache and gingivitis.

It contains a very strong astringent property that when applied directly to the vaginal canal damages it. When taken orally, Manjakani poses a great risk to the health.

Also Read: The Ugly Truth About Manjakani; A Review

Most women cringe at the word “estrogen” right away. It makes you think of hormones, injections and even the scary c word that rhymes with “answer”. Well, phytoestrogen is NOTHING like the synthetic estrogen, in fact in some cases, phytoestrogen is safer than the estrogen that the body produces.

Phytoestrogen is nothing new or weird or even foreign to the body, all of us have been consuming phytoestrogen from the food that we eat. Foods like carrots, rice, soy, tofu and even green leafy vegetables contain phytoestrogen. Since it is naturally made by plants, when the body encounters it, it will quickly identify it as safe and natural so it will have an easy time breaking it down and utilizing it.

It will even boost your immune system and protect you from having diseases especially those that target your reproductive organs. Phytoestrogen takes care of your sexual health, and the more high quality phytoestrogen that you take, the better everything gets.

Promotes Great Health, Not Side Effects 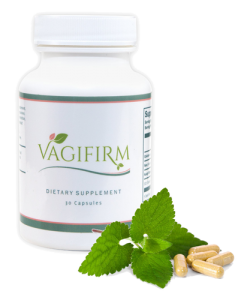 So does Vagifirm cause any side effects? After careful and meticulous review and research of both of Vagifirm’s ingredients Kacip Fatimah and Morinda Citrofolia, the conclusion is simple: Vagifirm has NO SIDE EFFECTS and is very safe to take.

Not only  do they both of Vagifirm’s ingredients have clinically tests showing NO known side effects, but they are extremely potent in helping women with vaginal rejuvenation.

Vagifirm is also Doctor Trusted Certified which means that a random sample has been sent to a laboratory to be thoroughly examined and a medical doctor has deemed Vagifirm to be safe, effective and made from high quality ingredients. 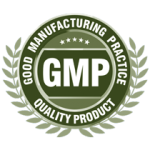 It is also made in the United States so you can be sure that it was manufactured following the strictest FDA regulations. Vagifirm also has the a certification from GMP (Good Manufacturing Practice) which means that its ingredients have been tested for legitimacy and quality.

Vagifirm is made from high quality Kacip Fatimah and Morinda Citrifolia. It is very safe and healthy to take for as long as you like, and people who take it say they notice a real difference quickly! Vagifirm offers a 1 year money back guarantee so if you’re not satisfied for any reason, simply return all the bottles, empty or not for a full and prompt refund!

What Is Kacip Fatimah and How Does It Help?
Scroll to top