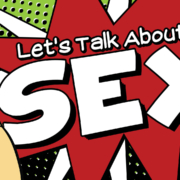 No matter how many people try to deny it, sex and sexuality are an important part of life. Sex is not only about reproduction, it is also about pleasure and intimacy. Sexual activity,

According to the American Sexual Health Association, sexual health is not just about avoiding unplanned pregnancies and STIs, it is also about acknowledging that sex plays an important role in your life.

Benefits of sex for your body

A study conducted in young men and women shows that sex can be good cardio exercise. But it can only be considered as light exercise so don’t give up on your gym membership yet.

Here are some other health benefits sex offers:

More sexually active people have a tendency to exercise more frequently as well as maintain better dietary habits than those with less active sex lives. On the other hand, physical fitness also helps improve sexual performance.

A study of immunity conducted on couples shows that more immunoglobulin A (IgA) was found in the saliva of those who had frequent sex (1 – 2 times a week). The antibody IgA helps prevent illnesses and acts as the frontline to defend the body from HPV (human papillomavirus).

However, more sex doesn’t equal more IgA. Those with more than 3 times of sex per week shared the same amount of IgA with those who didn’t have frequent sex. According to the study, the positive effects of sex can possibly be canceled out by anxiety and stress.

During an orgasm, your body releases endorphins and the “love” or “intimacy”hormone named oxytocin. When combined, the two hormones act as sedation.

Another study shows that sex can also help fully or partially with cluster headaches and migraines.

Among those who were sexually active during their attacks:

Benefits of sex for all genders

According to a recent review, men who had more frequent sexual intercourse had a lower risk of developing prostate cancer.

Men’s mortality can also be affected. A study with 10-year follow-up shows that men with frequent orgasms (at least 2 a week) had a 50 percent lower mortality risk than those with less frequent orgasms. Despite confusing results, some research suggests the more sexual activity, the better quality and health of your sperm.

Sex can also help strengthen your pelvic floor, which offers benefits such as less pain during sex and reduced chance of a vaginal prolapse. According to a study, penile thrusting during sexual intercourse can result in reflexive vaginal contractions.

Benefits of sex for your mental health

According to several studies, sexual intercourse may help with:

At an older age, sexual activity can also help with our well-being and thinking ability. According to some research, adults between 50 – 90 years old who are still sexually active had better memory and were less likely to feel depressed and lonely.

According to a study, there is a correlation between frequent sex and significantly younger look (7 – 12 years younger). most of the participants were also comfortable expressing their sexual identity and sexuality.

Thanks to oxytocin, sexual activity helps you connect to your partner, developing your relationship. Also, consistent, mutual sexual pleasure definitely plays a huge role in leveling up the bonding.

What happens if you don’t have sex?

Don’t worry, you can still lead an active and happy life into your 100s according to a long-term study conducted by the National Health Service in the United Kingdom. The benefits of sex can also come from other pleasant activities such as interacting with pets, listening to music, and having strong religious faith or network of friends.

However, if sex is a part of your life, you should ensure to be able to communicate and experience sexual satisfaction. Orgasms help level up the bonding in a relationship and sex helps improve self-esteem, reduce the risk of heart disease, and many more to name. Hence, if you have time, spend it on sex to find relief and an increase in happiness.

10 Sex Tips Every Woman Should Know About!
Scroll to top