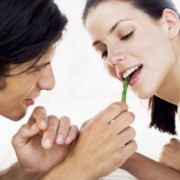 At one point in time or another, we all have to face the fact that no matter how much we rally, there are parts of us that sometimes just won’t cooperate, especially in bed. However, there’s no need to accept defeat. There are very effective solutions that can help with your problem.

To understand which solution may be best for you, it is important to first understand the root of the problem. Many of you may know that a woman’s sexuality can be complicated; it’s not like there’s a switch that you can just turn on or off. There are a many reasons that can contribute to diminished libido, such as:

One of the most common reasons why a woman loses interest in sex is exhaustion. This could be caused from caring for her young children or for her parents along with other stresses in her life. In some occasions, fatigue could also be a symptom of an underlying condition such as anemia, depression, or lack of sleep.

Some medicines, such as anti-depressants and anti-seizure medications, can cause a side effect that greatly diminishes sex drive. It is best to talk to your doctor about all the side effects of any medications that you are taking.

Smoking causes a constriction, or narrowing, of the blood vessels in the body which means that there is a decrease of blood flow in your system. This could also decrease your sex drive.  Drinking too much alcohol or taking illegal drugs are also other causes for a diminished sexual interest.

Women who have undergone surgery, especially to their breasts or genital area, often feel insecure afterwards.  This can also affect their body image, sexual function, and thus their desire for sexual interaction with their partners.

Non-sexual diseases could also affect the sexual appetite of a woman. Medical conditions such as arthritis, cancer, diabetes high blood pressure, heart diseases and neurological diseases can cause a diminished libido.

Trauma such as rape and abuse can cause a woman to be fearful in engaging in sex. In situations like these, it is best to seek the help of a psychiatrist to help the woman heal and overcome her trauma.

Hormonal imbalance is the number one cause of a diminished or absence of libido in women. Menopause, pregnancy and breastfeeding can often cause haywire with the hormones in the body. This could cause symptoms such as hot flashes, fatigue, and vaginal dryness which can make a woman lose interest in sex.

How Estrogen Greatly Affects the Libido 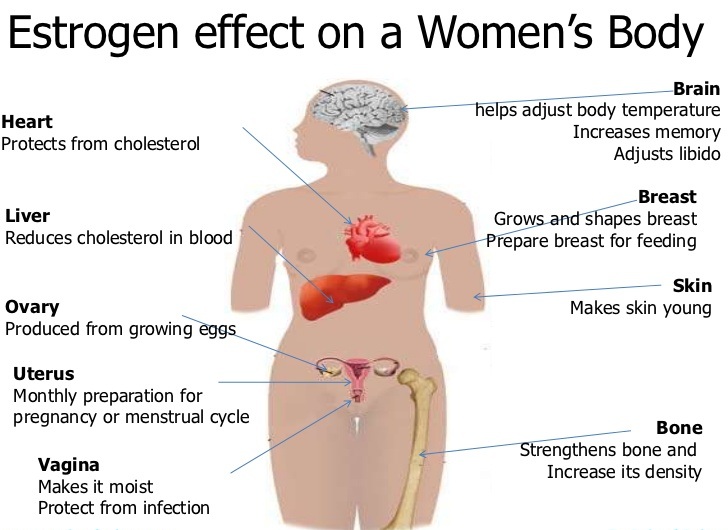 Estrogen is the hormone that turns a girl into a woman during puberty. It’s the one that is responsible for everything that has to do with the sexuality and the sexual organs. Estrogen is responsible for regulating the menstrual cycle, developing the breasts, keeping the vaginal muscles strong and tight, and promoting vaginal lubrication during intercourse.

You might be thinking, “so what’s the connection between estrogen and my libido?” As we age, the estrogen in the body drops and without estrogen, there will be nothing much to help tighten the vagina and  promote lubrication during intercourse.

Painful intercourse from lack of lubrication or weak vaginal walls can often be off putting for a woman. Low estrogen levels could also cause a woman to be moody and easily irritated as well as cause hot flashes. With all of these things combined, they can make a woman feel unattractive, uncomfortable and simply disinterested in sex.

Studies show that one of the top reasons a couple breaks up is because of their loss of sexual interest for one another. With hot flashes happening night and day, a painful vajay-jay, constant fatigue and throw in some depression in the mix, a woman can easily no longer have the time nor interest for sex which in turn can leave her partner and the bed feeling very cold.

Low estrogen levels not only cause a decrease in libido, it can also cause weakness in the pelvic muscles. If left untreated, it could lead to more serious problems such as urinary and fecal incontinence. Now who in the world wants to pee a little every time they laugh or sneeze, right?

How to Treat Diminishing Libido

A diminished libido can often cause a strain in your relationship. Your partner might feel rejected or ignored or you may feel like your partner might be losing interest in you. However, worry not; you can still do something about it. Most doctors recommend hormone replacement therapy which involves taking estrogen orally when the body no longer produces it or if the body is producing inadequate amounts of estrogen.

The best and safest way to replenish the estrogen that the body needs is by taking the high-quality herbal called Kacip Fatimah.

Kacip Fatimah contains phytoestrogen, plant estrogen, that has been shown to mimic human estrogen in the body helping it to rejuvenate the sexual organs of a woman. This includes replenishing the thinning mucousal layer of the vaginal canal, the one responsible for lubrication during intercourse. A thick and healthy vaginal lining greatly helps support a healthy sexual appetite for a woman.

Morinda citrifolia, another herb that has been used in Asia for centuries, is often paired with Kacip Fatimah. It helps flush away the toxins in the body and promotes healing of the sexual organs and helps maintain their optimal health.

Not all Kacip Fatimah and Morinda Citrifolia in the market are the same, however; you have to make sure that what you are taking is high-quality, doctor certified, and made in the United States. That way you can be sure that it is safe and effective so that it saves you your time, money, and efforts.

A diminished sexual libido can often cause a dent in one’s sexual relationship and cause a domino effect of other problems in your relationship. Make sure to act now before the problem gets worse. It’s simple. Just take high-quality Kacip Fatimah and Morinda Citrifolia like your daily vitamins for your sexual health and you are well on your way to keeping your sex life happy and healthy.

What You Can Expect & How to Maximize Results With Vagifirm