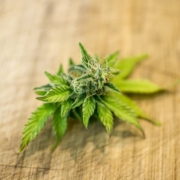 If you live in states where marijuana is legal, you might have heard that frequent cannabis use helps heat things up in the bedroom from either female users or marketers. THC-infused lubricants are selling well as they claim to give users better arousal and orgasms, and some sexual health advocates are devoting their whole career to cannabis-enhanced intimacy. But is it overhyped or worth our try?

While researchers are working to prove the connection between cannabis and sex, an increasing amount of evidence indicates the link itself is very real. Published on Sexual Medicine, a recent study on female marijuana users has found out that the more frequently they use the drug, the stronger orgasms, greater sexual satisfaction, and more heightened arousal they experience.

To conduct the study, the team collected information from 452 women who were invited to participate after paying a visit to a chain of cannabis retail stores. The participants were asked to fill out a Female Sexual Function Index (FSFI) survey as well as share about their habit of using marijuana. They also had to complete a questionnaire customized to evaluate their sexual function during the past 4 weeks. The survey covers 6 specific domains: orgasm, satisfaction, desire, lubrication, arousal, and pain.

According to the authors, this is the first study ever to assess the link between marijuana use (such as chemovar, frequency and indication) and female sexual function based on a validated questionnaire.

The more frequently you use cannabis, the fewer odds of female sexual dysfunction you face.

There is also a weak connection between frequent cannabis use and decreased levels of pain related to sex. Specifically, the comparison between two groups, those who had sex ≥ 3 times per week and those who had less than 3 times, shows that the former had overall higher FSFI scores and had higher FSFI subdomain scores except for pain.

However, the research doesn’t throw light on which marijuana products we should go for if we desire to improve sexual stimulation. The study didn’t succeed in finding the connection between female sexual function, cannabis use, and cannabis chemovar (eg, CBD vs. THC dominant) either. According to the study, the type of cannabis consumed and the method of consumption didn’t impact sexual function.

Researchers also stated that the overall results can be explained by a number of mechanisms, noting that previous studies have found out the direct link between the body’s endocannabinoid system and female sexual function. The authors also noted that marijuana can improve sex by simply reducing anxiety.

Many people use cannabis in hopes of relieving anxiety. Therefore, it is possible that those who experience improved satisfaction, orgasm, and desire need to give credit to cannabis. THC in cannabis helps prolong the feelings of sexual pleasure while the cannabinoid receptor CB1 found in serotonergic neurons can be activated to increased sexual function.

Studies about the connection between sex and cannabis can be traced back to the 1970s and ’80s, when researchers reported that female cannabis users experienced more intimacy and better orgasms. However, the results from subsequent research were not consistent as some studies stated that cannabis inhibited women’s orgasms. But those past studies were based only on interviews, not a validated questionnaire.

According to the authors, the recent study does not manage to clarify the mechanism underlying the findings. There need to be more studies on whether chronic or acute use of cannabis affects sexual function. Whether cannabis can be used as a therapy for female sexual dysfunction when its potential negative consequences are balanced.

However, the statement “more is less” might be true as another study stated that more cannabis doesn’t always give you better sex. According to a literature review published last year, cannabis should be dosed carefully to ensure its positive impacts. In fact, a lower amount of THC leads to the highest levels of satisfaction and arousal. Too much of anything is bad and too much THC might either lower desire or do not affect desire at all. 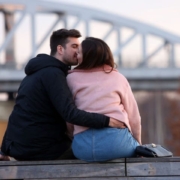 Check Out If You Have a Good Sex Life with These 11 Signs! 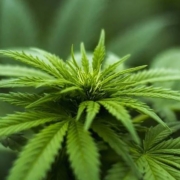 Does Marijuana Boost Your Libido?

Does Marijuana Boost Your Libido?